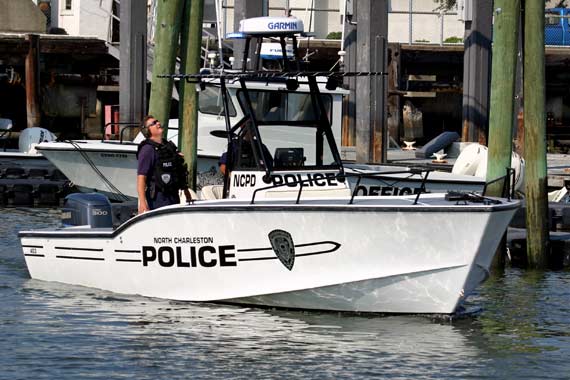 Yeah, We Build Them Tough

Our boat is 1986 Ocean Master 31. As I understand it, she started out her life on the other side of the law being used to transport "goods" between the Bahamas and the Mainland. [editors note - here in South Florida this is known as the "pharmaceutical import/export business"...]

Seized by customs in the late eighties, they used her as a patrol boat for several years around the Caribbean. They had a fourth fuel tank added to extend the range (the vessel holds just shy of one thousand gallons) and also mounted a first generation Thermal imager (seen under the radar).

After Customs the boat was transferred over to the U.S. Navy and stationed in Cape Canaveral as a missile recovery vessel. The Navy re-powered her with Honda 225s' which is the current government contract engine.

After about five years with the Navy I was able to get her and with a government grant, and a lot of horse trading, get her re-powered with Yamaha 300 HPDIs. I replaced the electronics with a Garmin suite, and am in the process of putting on a new 5000M thermal imager. She serves in the fleet of a Port security task force in Charleston called SeaHawk under the U.S. Justice department and even though she is the oldest vessel in the fleet she is still considered the "Flagship".

The immense deck area makes her the optimum vessel for Dive operations, Sonar towing Ops and Flying our ROV. 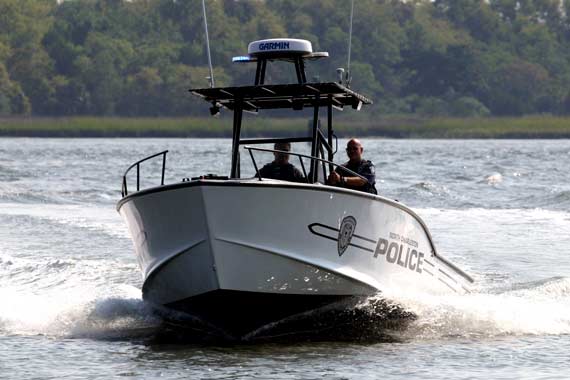