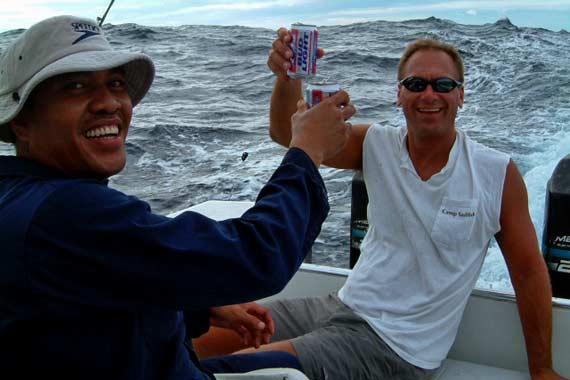 Even the US Navy Fishes on Ocean Master

Operating in the treacherous waters of the Indian Ocean, much of the time in 8' to 10' close coupled waves, the Ocean Masters used by the US Navy at Diego Garcia have just surpassed 300,000 miles of use. This means that each boat has traveled the equivalent of 12 times around the world.

Master Chief Petty Officer Brian Limer, a serviceman in the Navy stationed at Diego Garcia, chartered one of the 31's up to three times a week for the year he was based at Diego Garcia. Said Brian "Until just recently, the Navy did not adhere to changing stages in weather. The captains were ordered to run the charters in all weather conditions."

The captain of the 31' Ocean Master that Brian fished from has been the captain of same boat for the last 9 years. 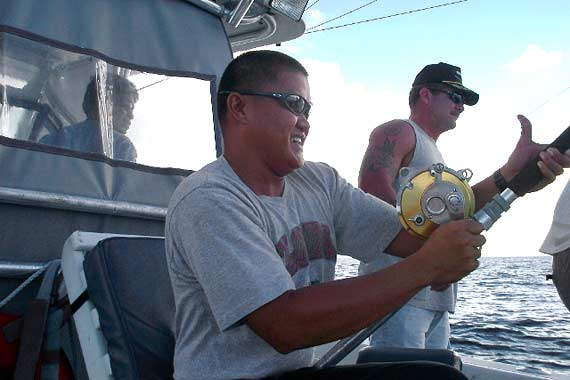 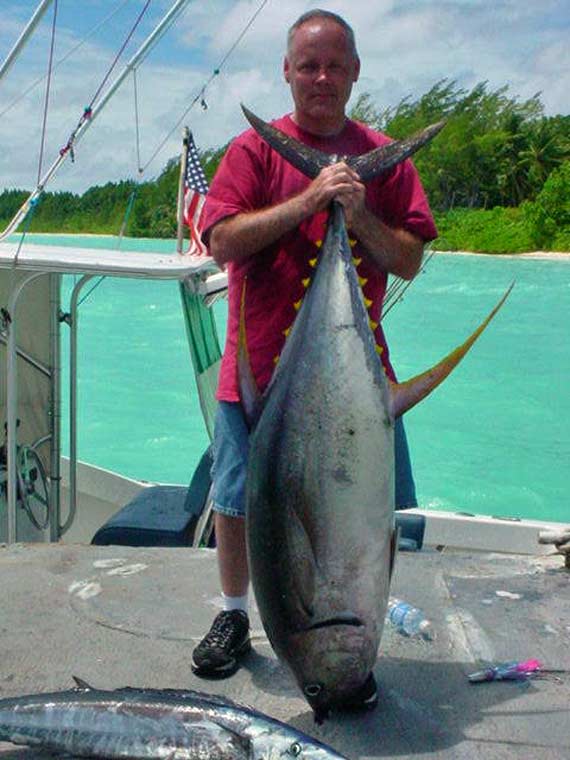